Introduction to Rocks and Soil 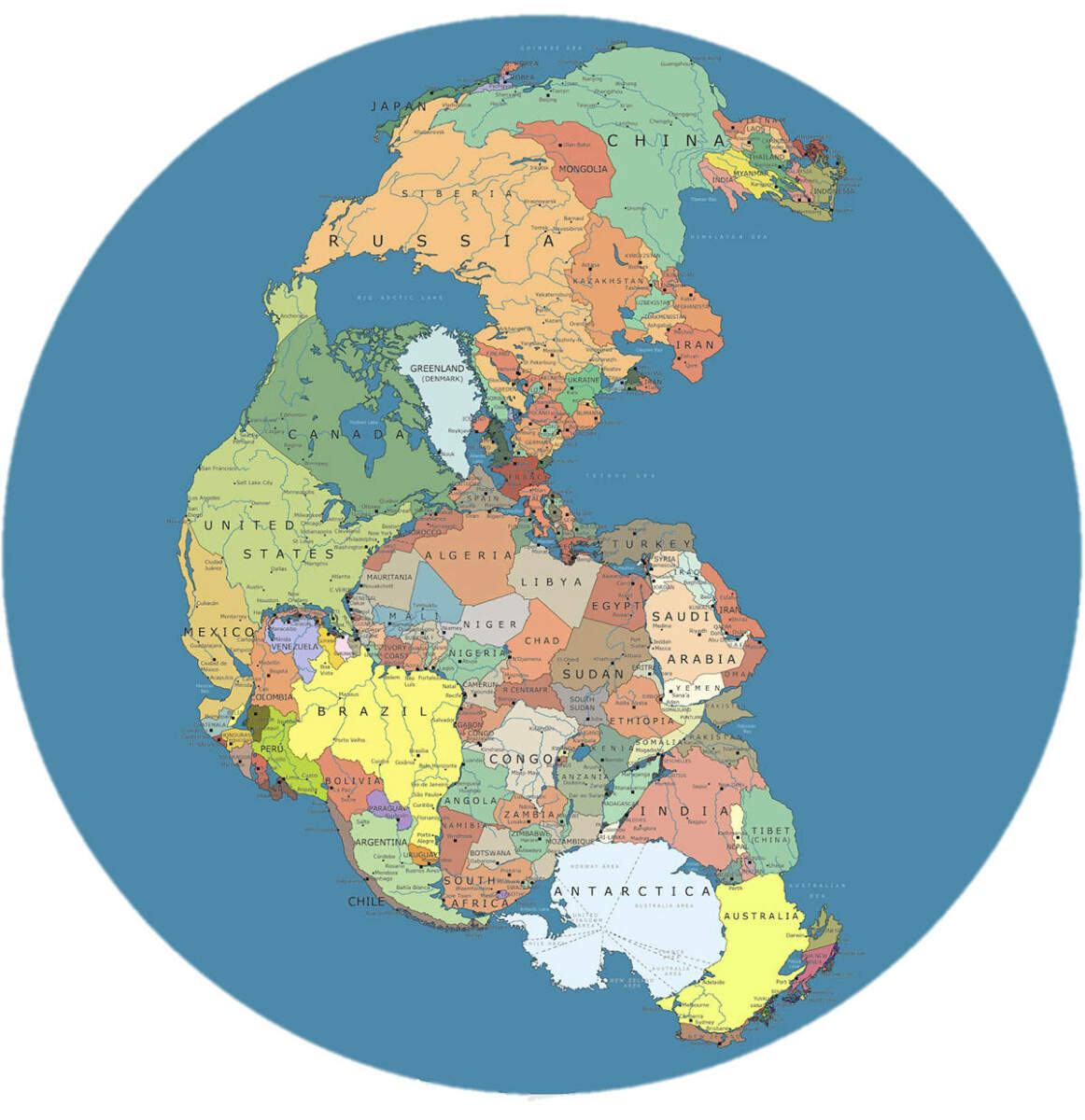 The earth looked like this, all the continents are merged into one supercontinent (Pangea)

The structure of the Earth comprises of the crust, mantle, outer core and inner core. The crust and upper part of the mantle are broken into tectonic plates.

Introduction to Rocks and Soil​ 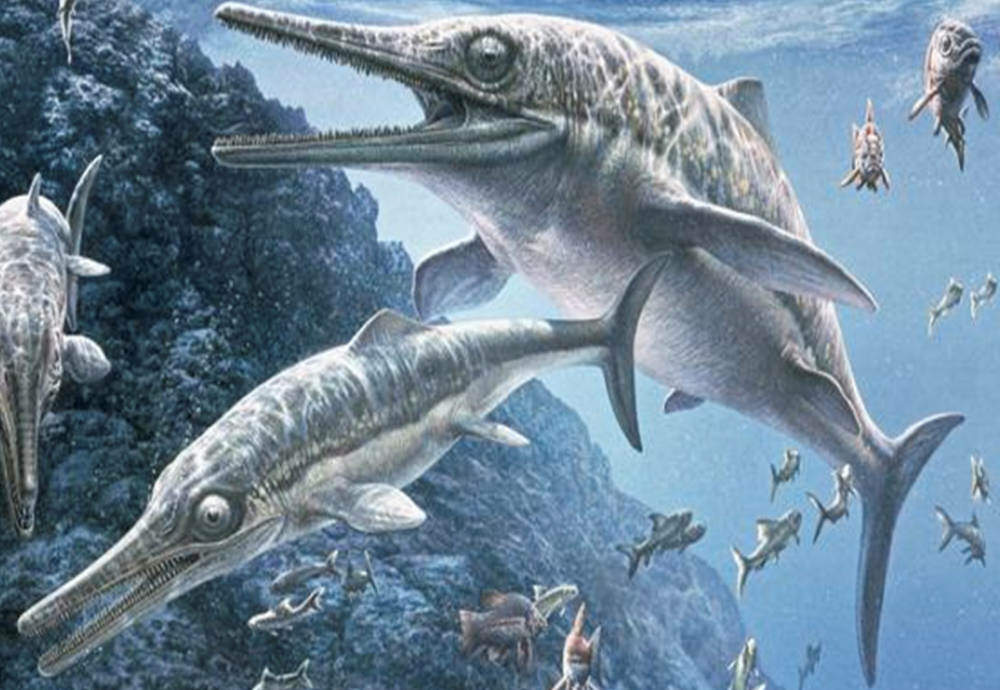 This picture can be a great starting point of a class discussion about adaptation and evolution.

Q. What marine animal do they look like?
Q. What do you think they evolved into?

Look at the main features of the body and discuss:

Why have had a pointy beak?
What type of teeth do they have?
What did they eat?
Did they breath air?
Where were they on the food chain?

If we were around 200 million years ago, we would have been at the bottom of the sub tropical Ocean, We would have been surrounded by giant marine dinosaurs who where at the top of their food chain.

How are rocks made?

There are three main types of rock: igneous, sedimentary and metamorphic. They are formed in different ways. 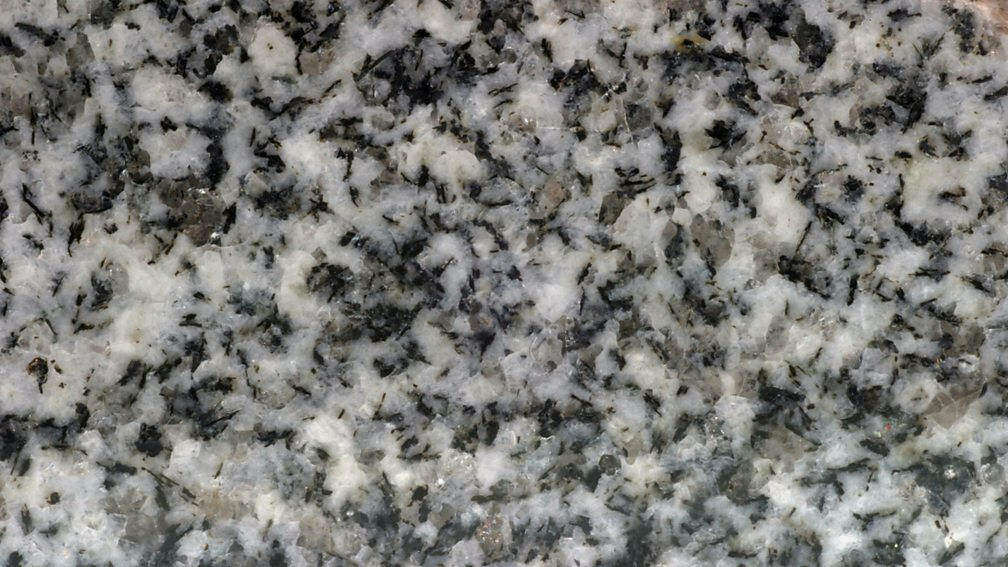 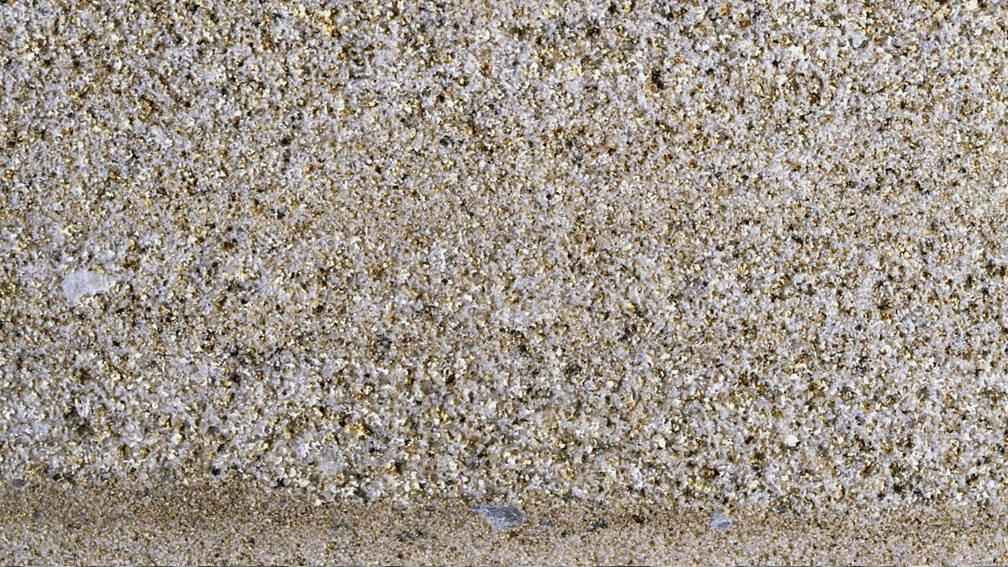 What kind of rocks are there?

Igneous rocks are formed from molten rock that has cooled and turned solid.

Sedimentary rocks are formed from the broken remains of other rocks that become joined together.

Sediments are squashed together; This process is called compaction. Water is then squeezed out from between the pieces of rock and crystals of different salts form..

It may take millions of years for sedimentary rocks to form.

How do we use rocks in everyday life?

Rocks are used for many purposes, here are some of them that we can see daily:

Different types of rocks have different properties.
Some rocks are harder than others. For example, granite is a very hard rock.

Some rocks, such as sandstone or chalk, let water soak through them, these are called permeable rocks.

Igneous rocks are formed from molten rock that has cooled and turned solid.

Impermeable rock like Slate, do not allow water to soak through and also, they can split easily into thin sheets. This makes it ideal for making roof tiles.

Can you think of anymore uses?

The layers of rocks that make up Essex are folded so that the Chalk, which is present beneath the whole county, comes to the surface at Thurrock. The Chalk we can see around us was deposited on the floor of a deep tropical sea between 80 and 100 million years ago (during the Cretaceous period). The whiteness of the Chalk means that the seawater must have been crystal clear and the nearest land a considerable distance away; in fact, the sea may have covered most of what is now northern Europe.
The Chalk Sea was teeming with marine life such as molluscs, sponges, corals, sea urchins, sharks and fish, and these creatures have been found exquisitely preserved as fossils. At the top of the food chain were mosasaurs , giant marine reptiles up to ten meters long with a long body and tail, paddle-like limbs and heavy jaws armed with sharp, conical teeth. The smallest creatures were microscopic marine algae that accumulated on the sea floor in their billions. The Chalk is almost entirely made up of these tiny fragmented shells, called coccoliths, which are only visible under an electron microscope. 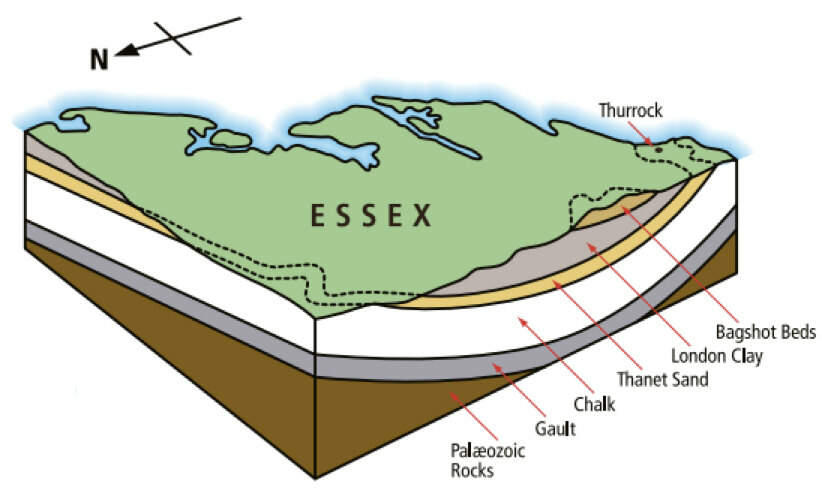 Soil is formed by rocks and natural material breaking down and eroding by weathering. Air, water and billions of micro-organisms and mini-beasts help make the soil, as well as decaying dead leaves and old animal carcasses.

The colour of this soil is……

The texture of this soil is……

If I rub the soil between my fingers it……

This soil is made from eroded……

When I put a few drops of water on this soil, the water is……

Thousands of years ago the Thames River flowed through Essex. The river brought with it a variety of pebble and gravel.

The colour of the rocks is……

The texture of the rocks is……

When I put a few drops of water on the rocks, the water……

Multicoloured | Runs between the stones | Feels sharp and hard | Gravely
Can you think of a use for gravel?

Sarsen stones are giant sandstone boulders that were formed 200 million years ago when Britain had a hurt climate like the Kalahari dessert. During the Ice Age the layer was broken up by erosion, and large blocks were swept along by the early river Thames and deposited within the river gravel.

Sarsen stones have curious rounded bumps on the surface which are growth structures formed as quartz crystallized between the sand grains. The name Sarsen originated in Wiltshire (the massive stones of Stonehenge are sarsens

Thanet sand was laid down about 60 million years ago. Most of the sand has been bought down by coastal currents from Scotland where it was formed by the erosion of the Caledonian Mountain Chain. This sand would have been formed when the sea was shallow. It is made from a mineral called Silica, which came from the skeletons of sea sponges.

The colour of the sand is……

The texture of this sand is……

This sand is made from……

Silica | Soft and grainy | i absorbed between the grains, feels grainy and falls between my fingers, yellowy brown,

The Bullhead Bed is between the Thanet Sand and Chalk, this is the point at which a mass extinction took place throughout the world. This event, which witnessed the extinction of the dinosaurs, this occurred about 65 million years ago. The actual time of this extinction is not recorded in the rocks because the top bed of Chalk was removed by erosion before the Thanet Sand was laid down. This represents a time gap of about 25 million years. 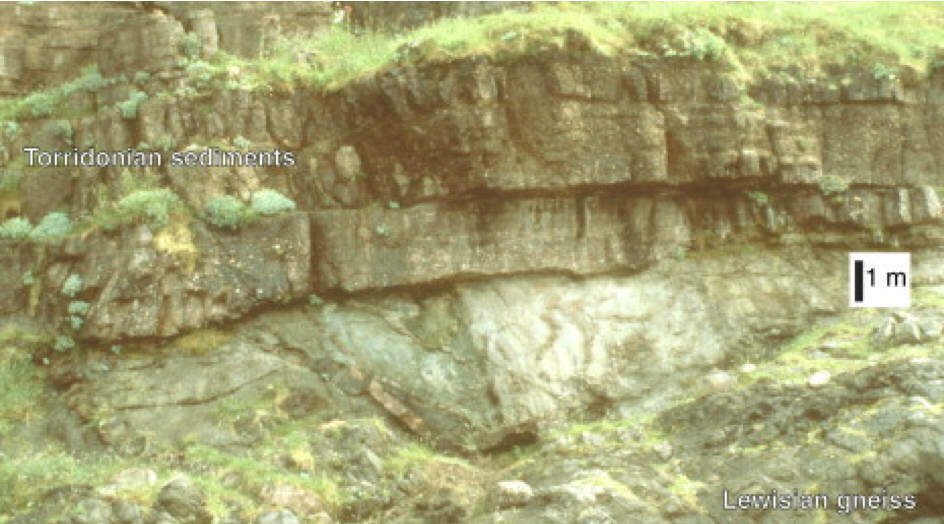 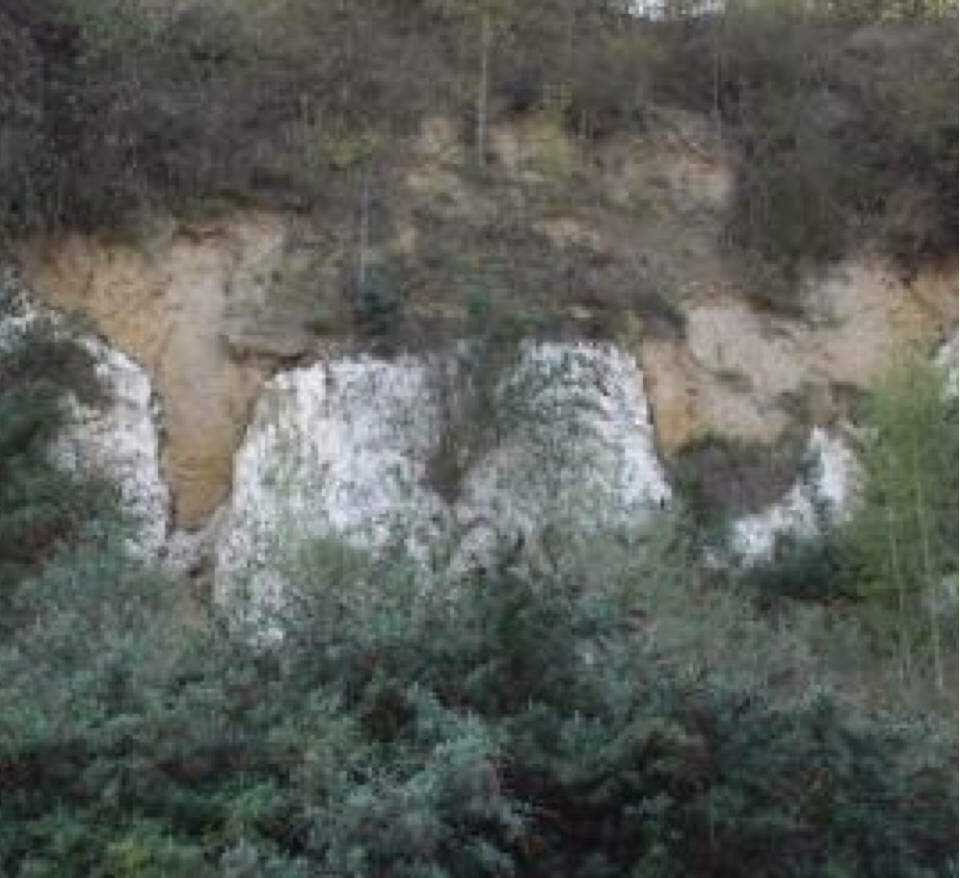 A solution pipe is formed when ground water runs down and through the sand and slowly dissolves the chalk millimetre by millimetre, the sand then sages down into each depression.

Chalk is a special type of limestone formed on the floor of a tropical sea between 65 and 95 million years ago during the Cretaceous period. The Chalk contain fossils of creatures that lived in the sea.

The largest was a Mosasaurs, sharks, giant clams, and the smallest was a microscopic marine algae which was also covered in a protective shell, they lived on the bottom the sea in their billions.

Chalk is in fact made up of almost entirely of the tiny fragmented shells of these algae, called coccoliths, that are only visible under an electron microscope. 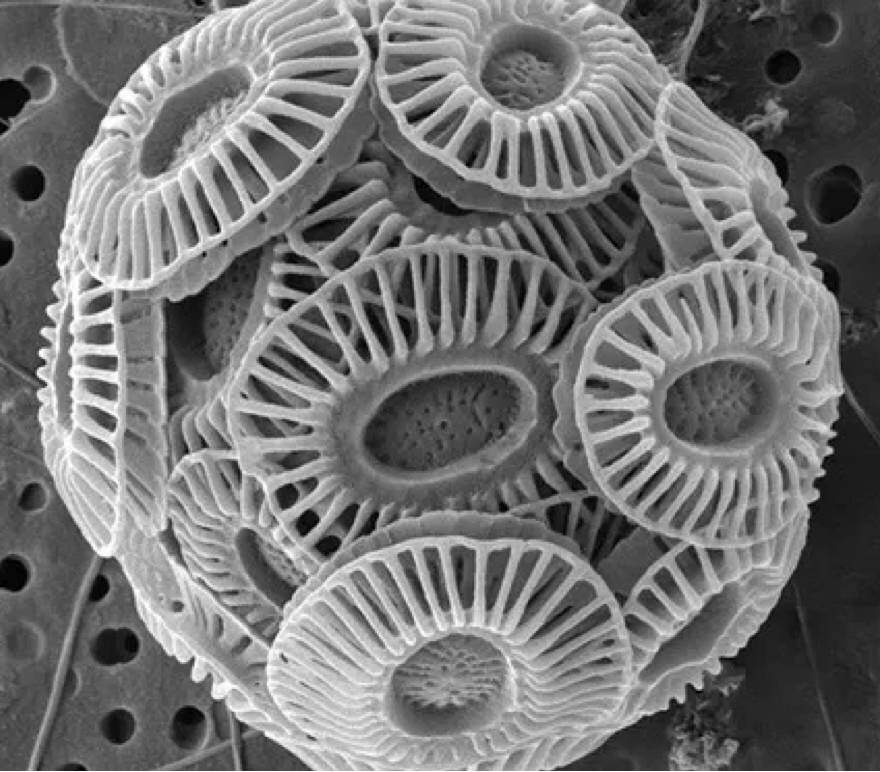 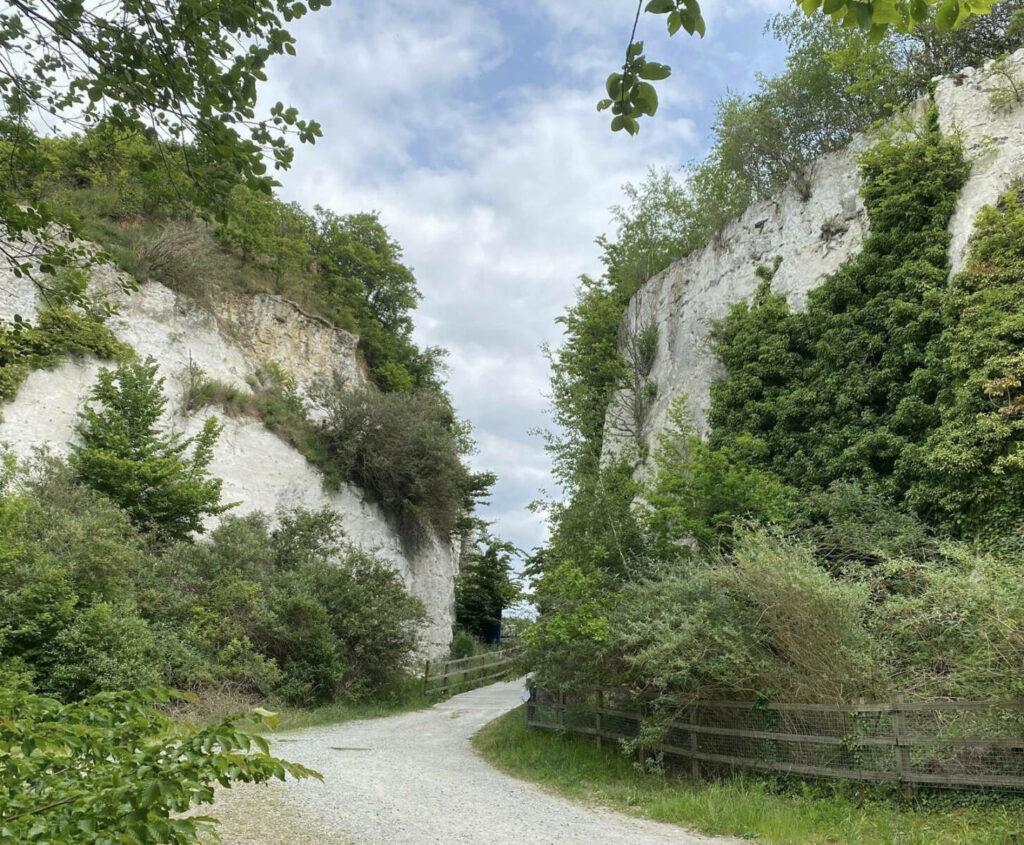 Flint is a very peculiar rock. It looks as though it is the product of a volcano and has hardened from a molten state, but it has, in fact, been formed entirely by a cold process beneath an ancient sea floor.

Flint was formed in soft, limy mud on the floor of the Chalk Sea some 80 million years ago. It is made of quartz, or silica, which came from the skeletons of tiny sponges that lived in this tropical sea. Their skeletons were dissolved in the seawater and therefore the mud on the sea floor contained silica in small amounts.

At a shallow depth beneath the sea floor the chemical conditions were right for the silica to form into flint, which literally replaced the chalk, creating nodules of flint of odd shapes and sizes and sometimes in continuous layers. Some flint beds can be traced for hundreds of kilometers. Over millions of years this process continued and the white chalk mud, containing trillions of flint nodules, was slowly compacted to form a great thickness of over 200 meters (600 feet) of chalk that we now see in Essex. 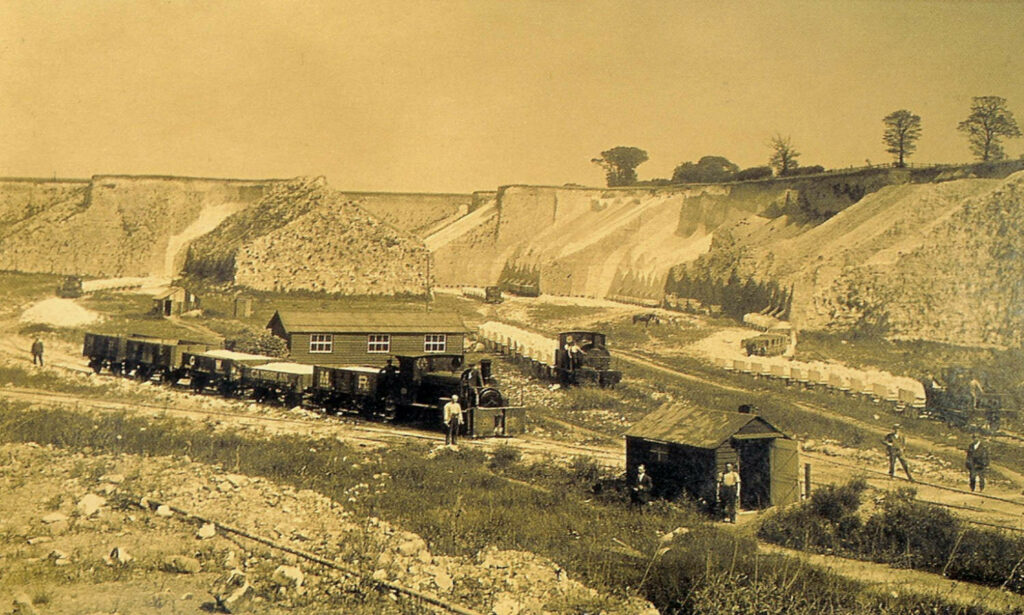 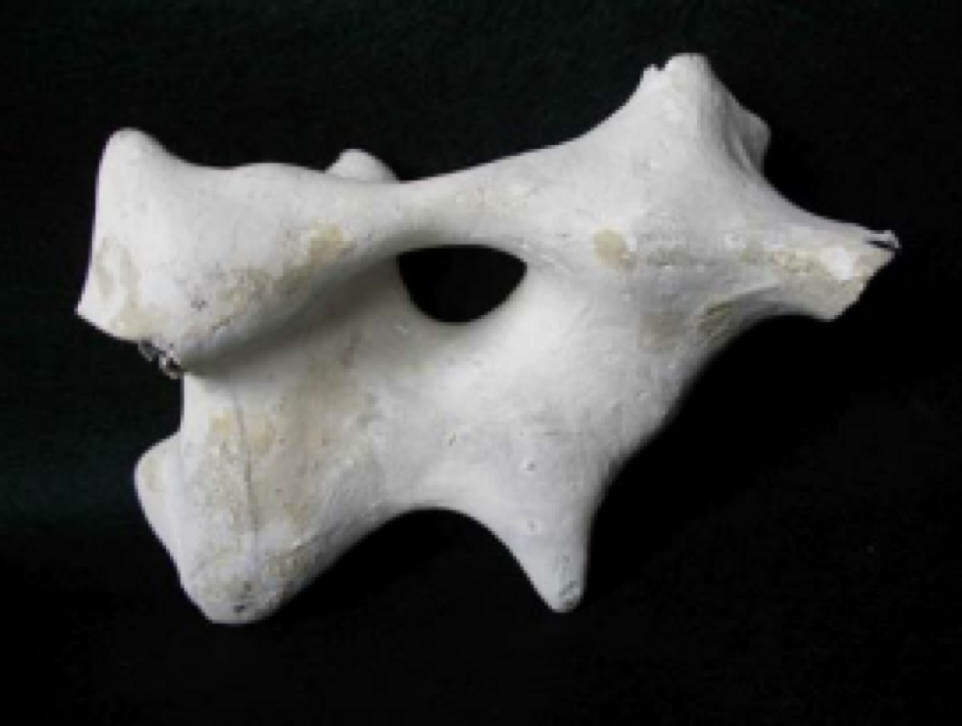 The bizarre shapes of flint nodules, with spiky protrusions and holes, are thought to be due to flint replacing the chalk in the burrows of marine animals such as arthropods that were living beneath the Chalk Sea floor, and it was this connection with burrows that proved to be the key to how flint was formed. 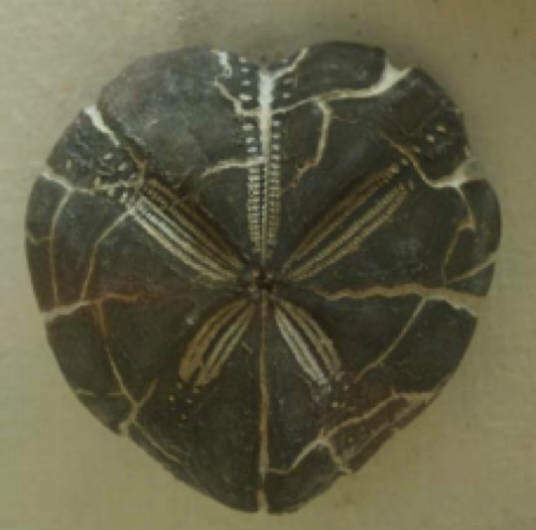 Below: A fossil sea urchin, or echinoid, preserved in flint.

Fractures in the earth’s crust where rocks have been displaced and moved relative to one another, Earthquakes may have caused these faults in the past. 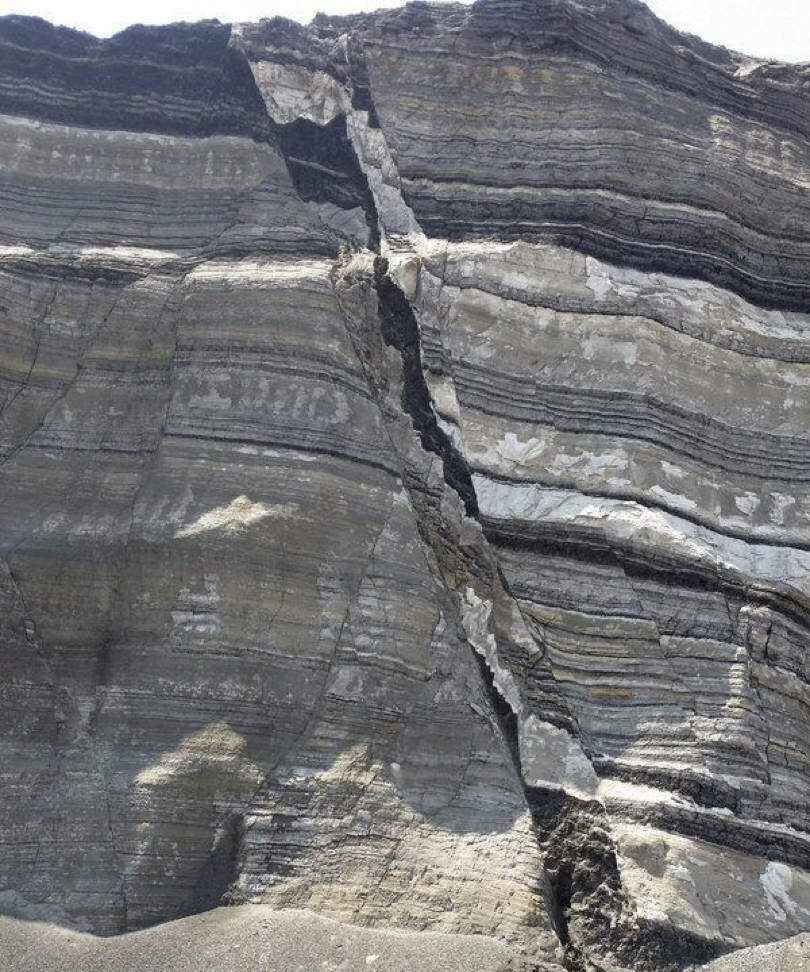 How are fossils made

A fossil is the preserved remains or traces of a dead organism.

After an animal passes away, the soft parts of its body disapear leaving the skeleton behind. Over time the bones are buried by sediment.
As more layers of sediment build up on top of the bones, the sediment around the skeleton begins to compact and turn to rock.

The bones then start to be dissolved by water seeping through the rock. Minerals in the water replace the bone, leaving a rock replica of the original bone called a fossil. 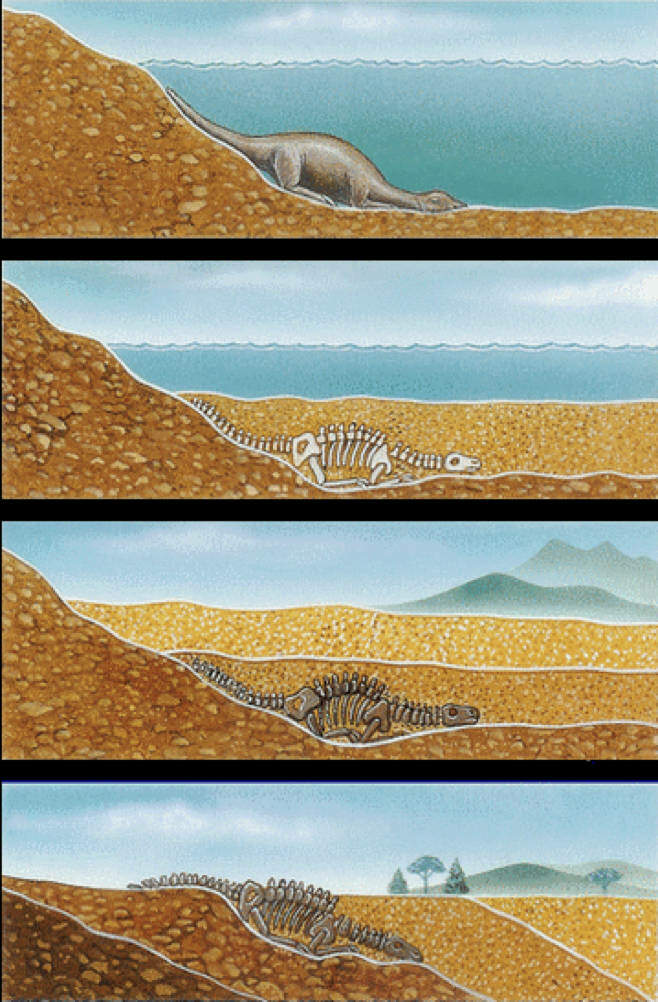